And the least we can say is that this season was full of surprises and excitement !
Let's come back on this competition among the longest and the most difficult of TrackMania.

From the beggining of the season we had two favourites, we knew that the battle for the title would be a fight between France and Spain, a fight between

MAO, a fight between

Delas. The two pilots were clearly the front runners of this season, and we naturally find them on the top of the podium. Behind them, it was much harder to determine who would join them on the podium.

NRT had many challengers with

BsRs and their leader

AcillA or the German solo player

After 29 races, the best 13 players were selected to enter the Chase, and this is how

LightningNokie (2000) saw their points reset to 2000 + 3 points per victory during the regular season.

And it is the french driver

Some0ne whom, despite his lack of experience (only a few races in 2012), defeated the previous champion

Delas after the 13 races of the Chase, with a very similar advance (18 points to 20). The rookie

AcillA did a great job for his first season by taking a well deserved 3rd place !

Here again we expected two front runners, with the Croatian

Razor (winner of the 2012 season) and the German

Aras, both two Nascar monsters. And we were not disapointed since it was hard to say which one would win 4 races before the end of the season. Unfortunately for the show,

Behind those two monsters, the fight was way more opened with many challengers.

Maxtor fought for being on the podium but in the end, those who missed the less races were rewarded.

Congratulations to every pilot who took part and see you next year on TM2:Stadium with some interesting news... ;) 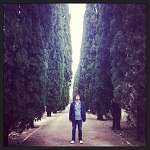