There it is the interview of Hylis from Nadeo, leaded by the streamers of LeetGamerZ, Guillaume and Kyyra, helped by the admin Evilmarmotte. Also the video of the interview.

First question to you Hylis, can you introduce yourself ?
I’m the Manager of the Studio Nadeo. I lead the team on project, so I manage the list of things which they have to do, the priorities during launching and the approach of the different questions.

For those who don’t know Shootmania, can you introduce it ?
It’s an FPS created by Nadeo which has the principal particularity to be opened to the customization.

Ok so for you which are the assets of Shootmania compared to other FPS ?
We created it for being rigorous, strong, rigid, robust compared to the possibility to make competitions or the ascending combativeness. The particularity of Shootmania is all that work we have to do to make it strong, rigorous, robust, etc. I find Shootmania more ambitious than the other FPS in what it is, in the possibility that players bring their energy, their creativity, their inventiveness but also their skill.

We heard that an Update will be released in few moments. Are you able to tell us when it will be released and what will be in it ?
About the date, i’m not able to tell it now because I don’t know it. I can tell that more time we spend on it, more good it is for Shootmania.
About the contents of the Update, it is a major Update. It contains improvements in :
Is there an anti-cheat on Shootmania ?
There’s tools and a surveillance anti-cheat which I think good.

When the Update will be released, are you going to do advertising since the most important is to have a lot of players ?
Thanks of tools 2.0 of ManiaPlanet, I think that the communication will be done by itself. We have enough audience to let us to work on future Update without necessarily have to do advertising.

There are some players who have suggestions, ideas but often they talk to each other. Where can players propose their ideas, where they are going to be read and if it is relevant it could interrest developers.
Roughly, it is the topic “Wishlist”. It is the most important source of expression.

About the Free part of the mod Elite, do you think to expend it to other mods ? Earlier you tell us that it will be done for the next Update ?
Indeed we are working on it, we are working to ensure that it might become global for every mods.

Which will be most important e-sport event for which Shootmania will be present?
Thereupon I don’t have any information, as I said, it is NadeoLive which looks after it.

The european scene is well provided, we saw it, but is the game working elsewhere?
To tell it simply, I consider that the game is working a little bit in France. For the leftover it is really quiet.

When is it plan to offer to external platform, as LeetGamerZ, a kind of advertising or direct link to their most important event within the Game to dynamize the e-sport side ?
There will be an improvement of the communication with the Update.

Ok, so now we have a question maybe more technical about the snapshot : If someone is lagging during a game, it will penalize all other players. Is there a solution ?
From the perspectiv of the players, there will have a huge improvement. I’m waiting for the reactions, but if players are complaining about the snapshot, we will have to find a way to enhance the serveur configuration, either the netcode, either more technologies which we can add to ameliorate that.

Is the interface will stay like that ?
The interface will undergo innovation which is coded. First we are going to access to servers directly from the overlay of the station. It means that you will click on Storm, for example, and you will see the list of the servers with no need to enter in the station. This interface will have to resist to multiplicity. It is an interface for plenty of games, it is not ONE interface, that the most complex.

What about the Load-Railgun ? Is this idea is abandoned or forgotten ?
This idea the load instantly the rail or the rockets is kind of abandoned. But more possibilities are coming with the Action Maker which will bring different gameplay.

Do you provide an improvement of the buddylist in Maniaplanet 3, or is it still a project ?
We are bettering the buddylist progressively. In fact, there is not a lot of game which have it included, so we are mindful of it.

Is the buddyslot will still at 150 Planets?
If you have many buddies, they have to pay for the buddyslot, you just have to tell them : “If you want to be my buddy, you have to send me Planets”.

About the matchmaking, can we expect an amelioration?
The matchmaking can be improved again, but it is relatively efficient in the commitment of the player, etc… There are many possibilities of amelioration : take a revenge with a BO3 instead of the simple BO1, it is a kind of amelioration to test. Although, the system of matchmaking is a system developed to be open, available for players. That is why they can do their own matchmaking, like the SSM did. To resume it is complicated, but an opportunity to have another kind of matchmaking with different function, because it is the players who make it possible. To let players choose the map for the matchmaking it is something sophisticated.

To summarise, it will take patience and work, or it is not that degree of customization at all that you plan ?
Yes indeed, the matchmaking is highly advanced, because players start to host their own server with their own maps or maps that they want to play. The beginning is hopeful. It means that tomorrow, maybe, you are going to be able to play on a BattlePro server in Matchmaking with your maps, your ladder, your capacity of moderation. It is not nothing.


We want to thank the streamers Guillaume and Kyyra for having lead this interview, Hylis to come and answer to questions of players. But also the Admins who have prepared, transcribed and translated this interview. (Evilmarmotte, MyaMore, ShN, Naguarra) 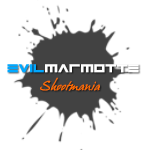