The ESL.tm2 staff has announced a new Cup Series for a Winter 2014 season! In January and the begin of February your Thursday evenings are filled with Canyon competition during this series. This is an 1on1 series, so everyone can join in on their own and compete for what they're worth!

Canyon Cup Series
There will be four weekly cups and one final cup. You can get points in the four weeklies and the eight players with the most points will advance to the final. More details about the maps will be released soon, but it's clear that this series will be played on ECP1 maps.

Cup Series, how does that work?
The Cup Series are designed to have weekly battles and one big finale. There will be weekly cups and after those are played the eight players who recieved the most points throughout those cups will advance to the Grand Final! In this Final, the players will drive for the prizes.

Prizes
The following prizes are available for the podium of the Grand Final:

Premium (with at least 8 participants):

Award (with at least 15 participants):

1st place: recieves the special Winter Award because of this being a Winter cup.


The ESL adminteam hopes to see many of you in this Cup Series!
Another announcement about a different tournament on Canyon will be released very soon, so keep your eyes out on the ESL pages and the ManiaActu website. 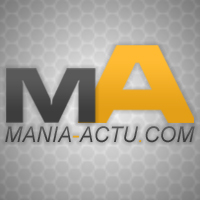 TheM
Number of Articles: 35
Read his articles
Articles Comments: 10