I can proudly announce that PENTA Sports added the former elite Team to their Racing-Section including the following players:

Actually PENTA Sports is a well known organisation with his own history in Trackmania. More about it in the following:

These five organisation added together and created PENTA Sports!

“We would like to welcome Stefan "Flow" Kassing to return back to the eSport with PENTA Sports to rock in Trackmania. Our decision was simple due to the fact that the former organizations KomaCrew, KD-Gaming, diamomdZ and LogiX had a Team for Trackmania or other racing-games. Right from the very beginning we were able to cooperate with a team around Stefan "Flow" Kassing to make our first little step into the international Content. Furthermore, we will give our best to support teamcaptain Manuel "Renew" Distler and his crew as good as we can. In the future we will offer streams.”

Jan-Oliver "Snappack360" Gebauer Teammanager PENTA Sports
“I’m very happy to be apart of PENTA Sports. It's a honor to join and play for this organisation. It’s a huge step for me and my team. With PENTA Sports we want to be on the highest level in Trackmania. In my opinion its really important to have an organisation with a big reputation and a nice support to develop as a team and to improve as a single driver. We surely use that chance and we’ll try to show PENTA Sports that they took a great team with nice skills.” 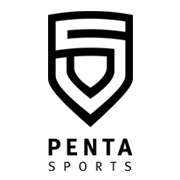