2017 has just started, and we hope to see many successful events will be hosted. To get a nice overview of what's gonna take place, I thought it would be cool to ask the admins of the biggest events out there on what they are planning to do. Maybe we will see some new event or maybe we see some events missing from the 2017 calendar?


Let's see what they have to say:

The last team event that finished in 2016 was the Stadium Team Championship, as well as the Nations Cup finishing some weeks before. It's some time before it usually takes place. Will you guys host any other events before or what's the status for 2017?

As some people are aware by now, Electronic Tournaments website will be shut down by the end of the January, 2017, which means that many cups ET hosted throughout the years are now over and most likely will never come back. It has been coming for a long time and to be honest STC/NC was probably the only reason ET was kept alive for the past ~2 years, because for most of the league admins the ET as a platform for organizing the tournaments died when the TMUF community shrinked to what we could call a critical point, I guess the game just never really got new players and the oldschool community just got older/tired of the game and went inactive.
But to explain what's the actual reason for the shutdown: in the end, admins just got eventually stopped paying the servercost from their own pocket to keep it alive, considering that lately the website was only used 3 months in a year to host a single tournament, in a Trackmania environment that management and most of the admins weren't the biggest fans of in the first place.

You guys ended the last half of 2016 with hosting the big 24H Race, aswell as hosting the 6H Mix Race. Do we need to wait until after summer before we see more of these hour events?

We first planed to host a new 24h road at the end of spring with the very new plugin we coded, and maybe a "Play with Aliens" just before. But sometimes in life you also have side IRL stuff to take into consideration and, for the moment, we can't say when will be our next event.

The newest event host in the game. Your first event, eXeS Trackmania Championship, is still taking place. How is it going? Are thing going as planned? And when will the Grand Final take place?

Hey NMD, yes as you said first experience for eXeS and for me to host a Trackmania tournament. I didn't know how it was going to happen, but after some weeks I've been really pleased to see how the community responded about it. How is it going and are thing going as planned ? Well perfectly for now, luckily everything is going like it was planned and I truly hope it will continue like that until the end of the competition. The Grand Final will take place on March 12th and we are preparing something special for it. Stay tuned!

Follow HuntMania for upcoming interviews, and things related to Trackmania! 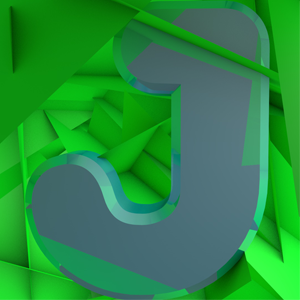