Welcome on ManiaActu: ManiaPlanet Community & eSport News !
Login Sign Up  |   I forgot my password !
The Qualification phase for USC has begun after some problems with the TMUF Master Servers we finally have lift off!
The maps for the qualification phase have been sourced from GC5-11.
Finish all maps in order to qualify, those with the top 64 total time’s will advance to the playoff phase.
You can join the server Here
As a reminder we are still accepting maps until August 29th Hope to see you all soon,
Minuit
USC is a project devised by Furax and I with the help of fellow admins Sky and Marius89. The aim of USC is to be a subsitute to GC13 in its absence and act as this summer’s united solo championship.
The system works as follows:
For the first order business, we need maps from you.
Requirements:
Maps can be submitted Here : http://usc.mecteam.eu/submit-maps/
Schedule: 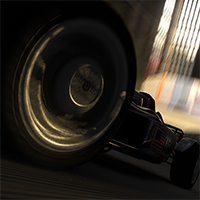